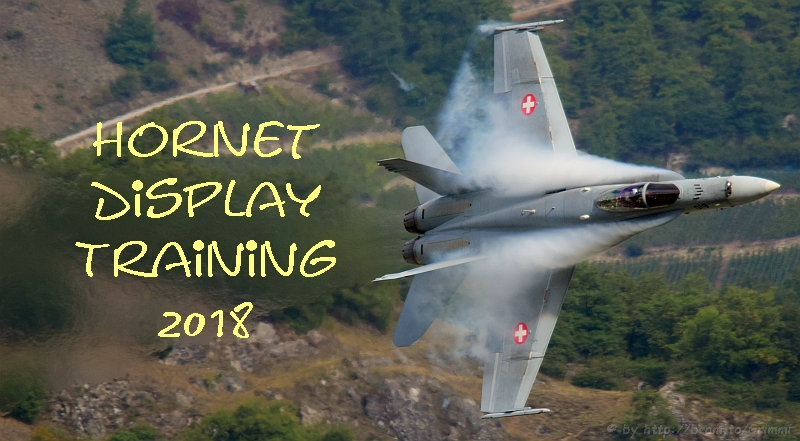 Spring is coming, and so the SWISS HORNET DISPLAY TEAM will soon start training for the coming season.
Trainings will be over Payerne Airbase between 11.4.2018 and 20.4.2018 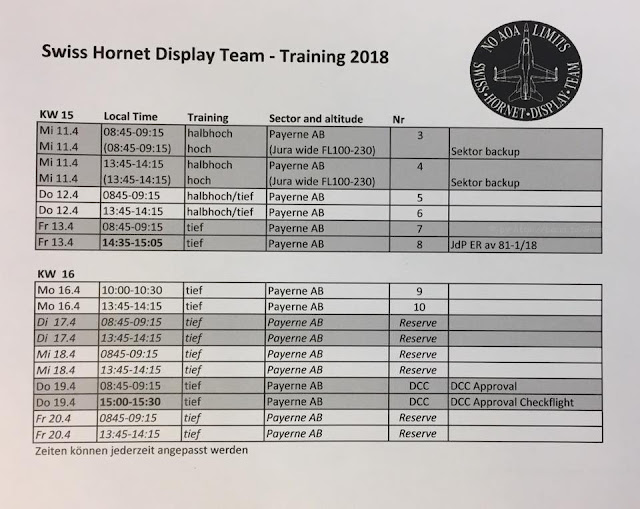 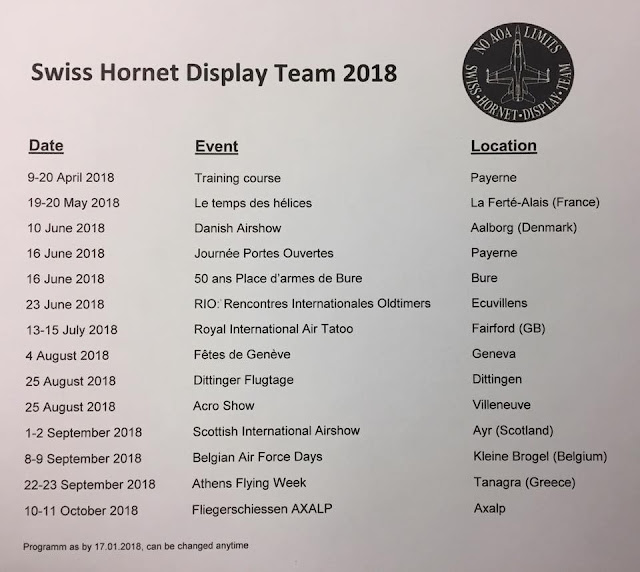 Operational requirements for the new combat aircraft (NKF):
a. The fleet as a whole must be capable of:
- carrying out routine air policing tasks around the clock and enforcing restrictions on the use of Swiss airspace;
- in times of heightened tension, responding within minutes to airspace infringements by non-cooperative civilian aircraft, military transport aircraft, drones, and individual combat aircraft in the entirety of Swiss airspace;
- in case of armed attack, in cooperation with the ground-based air defence systems, denying enemy air superiority for a limited period and simultaneously supporting the armed forces with operational firepower beyond the range of Swiss artillery and with air reconnaissance.

For maintenance (e.g. procurement and storage of spare parts) and training (e.g. use of airspace, air bases, firing ranges, and simulation infrastructure), there should be – to the extent compatible with Swiss neutrality – opportunities for cooperation with the producer states and/or other states that operate the same system.

Operational requirements for the ground-based air defence system (Bodluv):
a. The long-range ground-based air defence system has to be capable, either independently or in cooperation with combat aircraft, of protecting at least 15,000 km2 and, as a priority, engaging targets in the medium and upper airspace. The system shall be effective to altitudes beyond 12,000 m (vertical) and a distance beyond 50 km (horizontal).
b. The ground-based air defence system's sensors contribute to the recognized air picture.
c. A capability for ballistic missile defence is not a requirement.
d. The following data serve as a theoretical model to calculate the logistics package:
- continuous operation as long as there is an assurance of a continuous crossborder flow of materiel;
- when the cross-border flow of materiel is not assured, sustainability has to be at least six months. 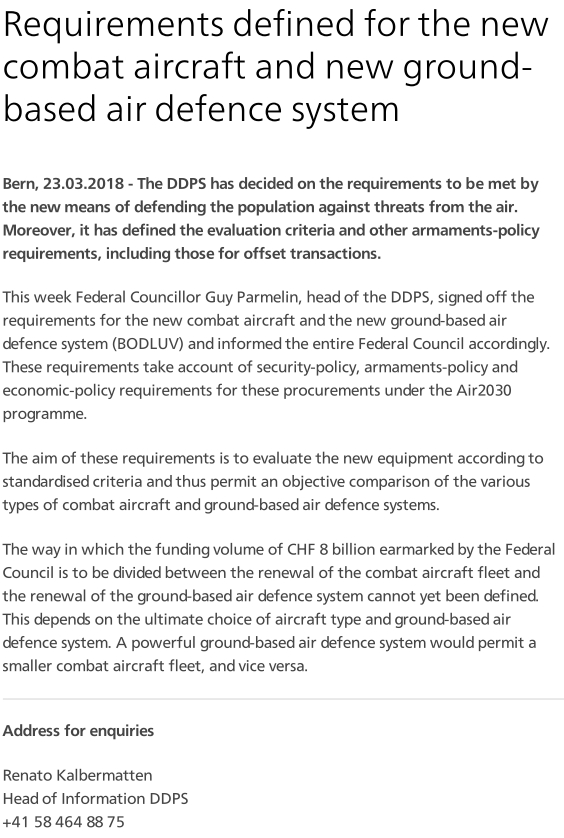 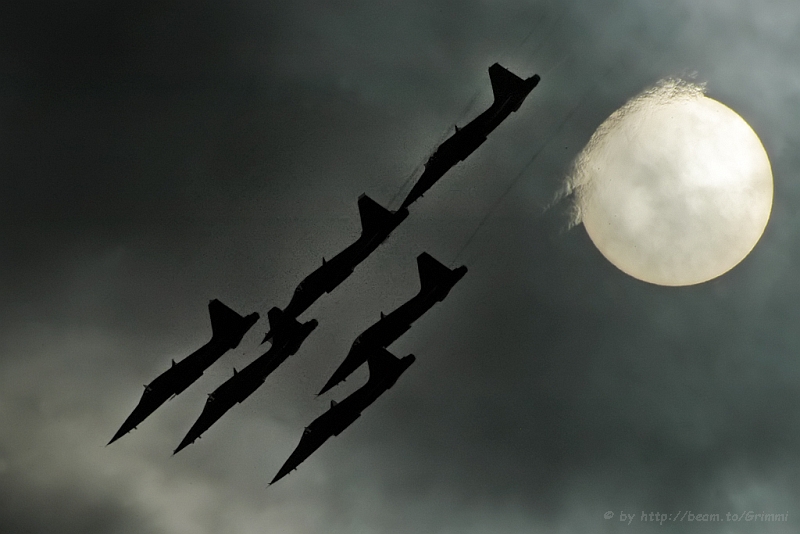 Tiger F-5 will leave the Air Force in a hurry with the new combat aircraft arriving
Posted by Grimmi at 14:25 No comments:

36 hours of QRA - another long endurance test in Payerne 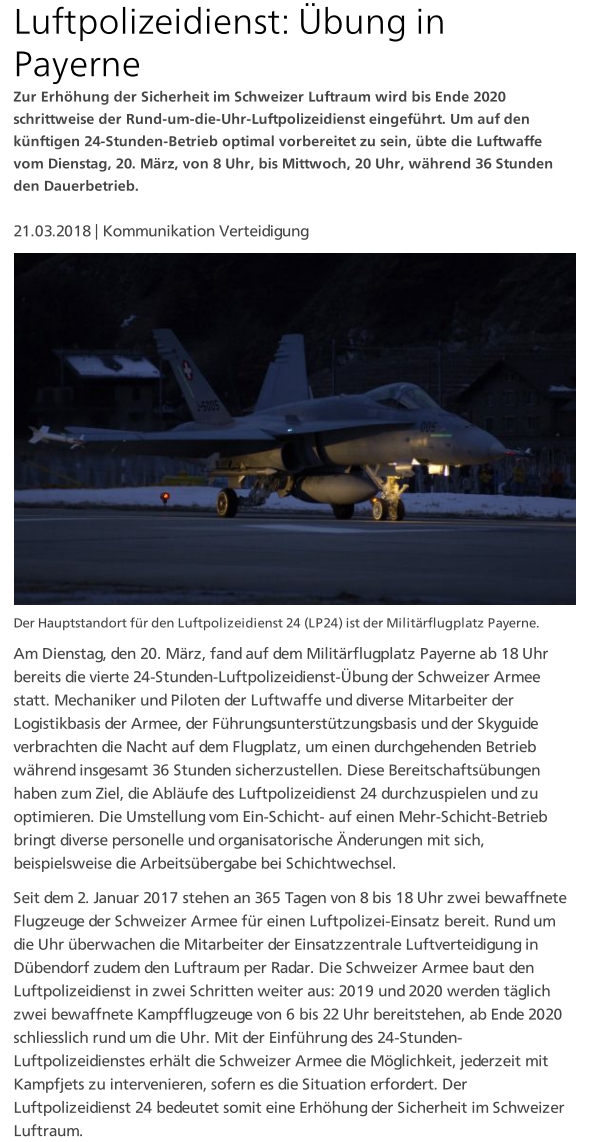 Presentation of the new uniforms and Upgrade Cougar Fleet

Armeebotschaft 2018: Upgrade of the Cougar Fleet, only 23 F-5 Tiger rest

Crash of an ADS-95 drone 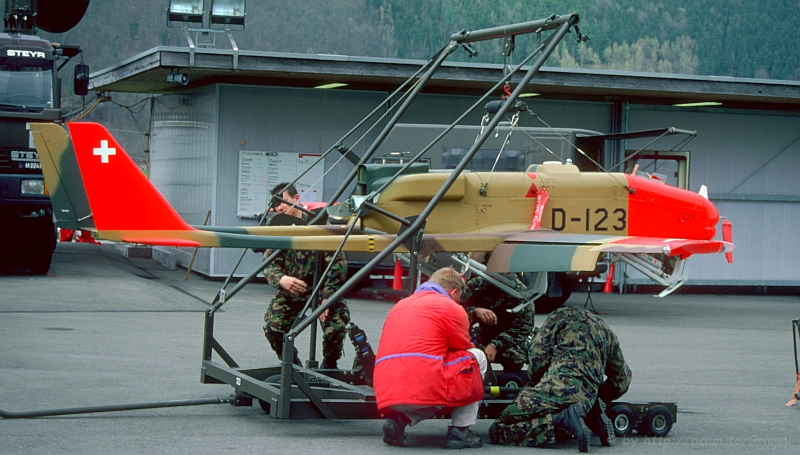 An Swiss Air Force drone just crashed in the area of Ägerisee in central switzerland, colliding with an mountain.

Swiss Army uses the Israeli-Swiss drone IAI/RUAG ADS-95 for reconaissance missions. The drone costs about 2.5 Mio SFr ($1.9million), 27 systems (including mobile equipment for command and control) where delivered beginning in 1999. An flighthour costs about 7300 SFr and about 40-60 flights are made for Swiss Border Patrol (Grenzschutz) each year.

German Air Force's CH-53 Stallion (former HEER/Army) are regular visitors in Switzerland for training purposes (CCT, Cross Country Training). I've logged more than 40 different registrations over the years, beginning in 2001.
Beginning today, there will be daily flights out of Alpnach 'till the end of week 13:

March 2018, meaning those ROOKIE-pilots finishing pilot school in December 2017 are going solo on Hornet already. Some impressions from week 10, taken on our main base Payerne (LSMP). Three F-5 Tigers and up to 10 different Hornets (includes X-5099) gave nearly enough jet power in the alps ... 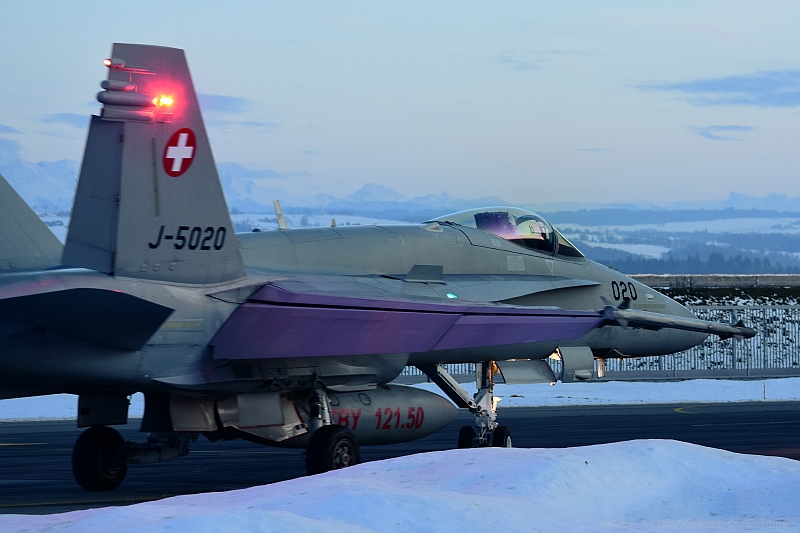 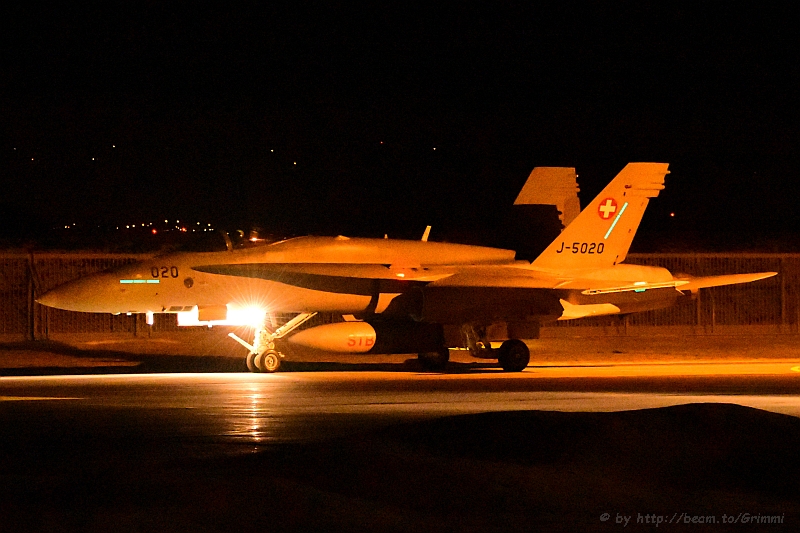 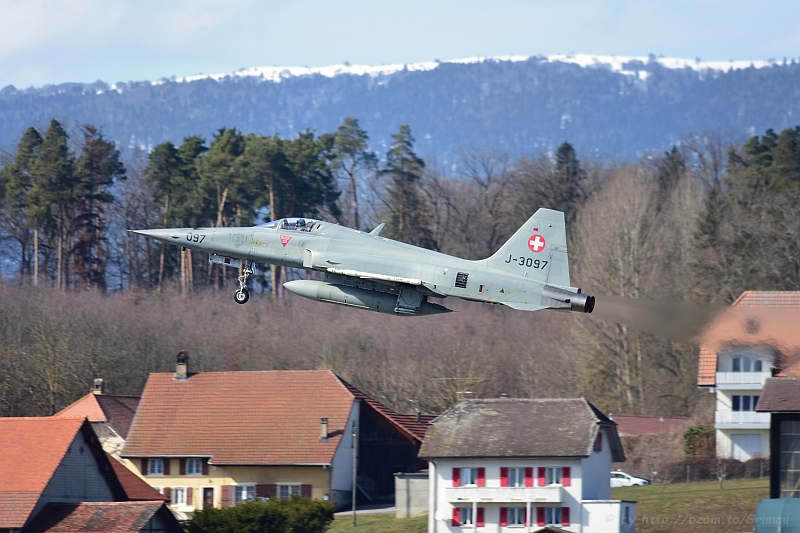 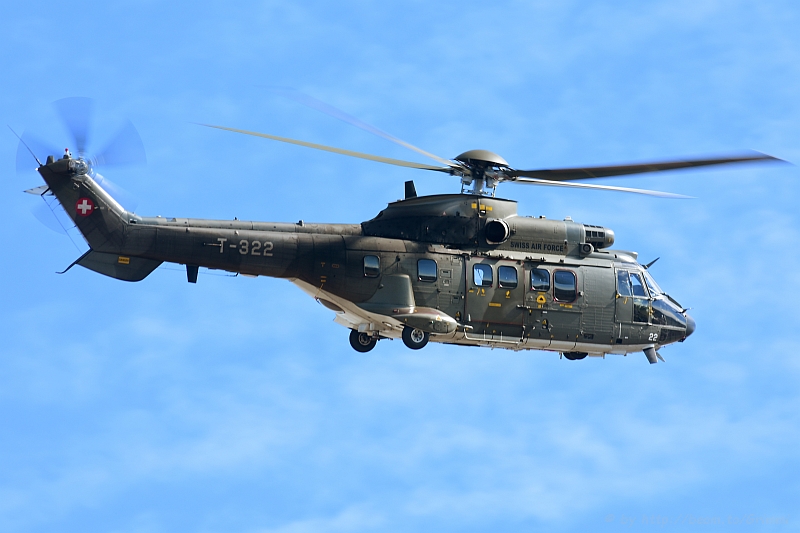 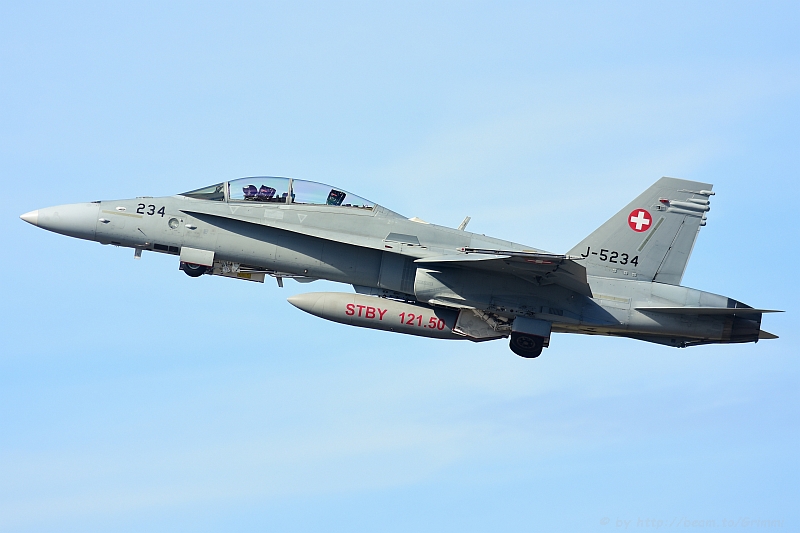 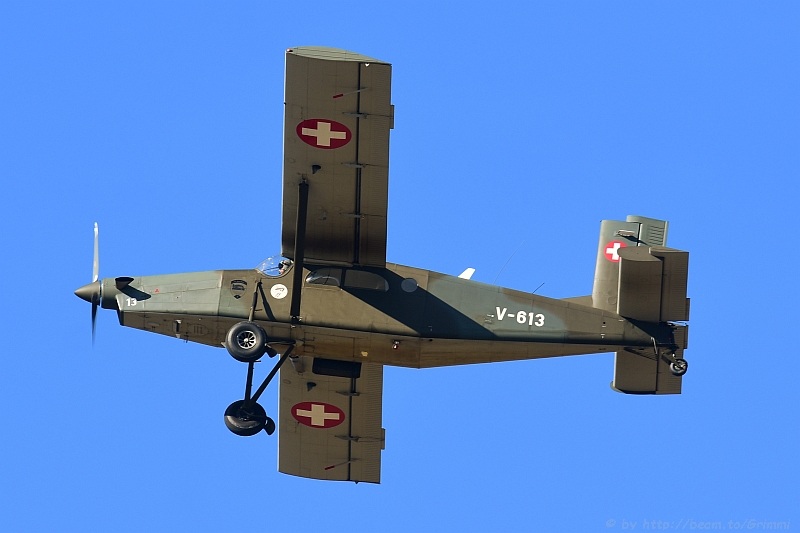 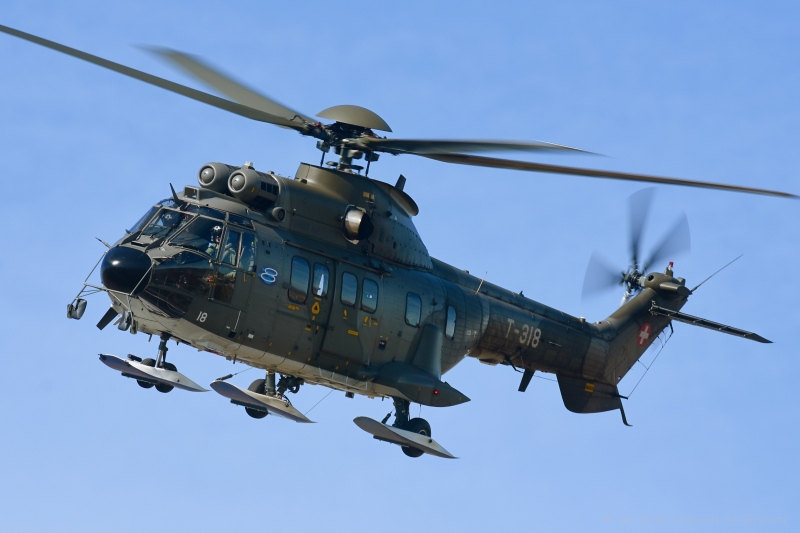 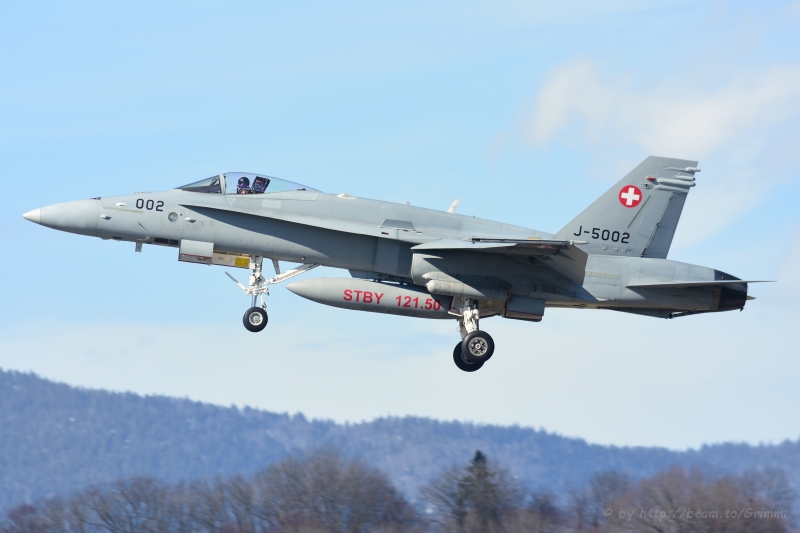 Fanny ''Shotty'' Chollet is Switzerlands 1st female Pilot on combat jet. In the millenium years we've got already  an women flying military jets, but only training aircraft Hawk where aloud back then for womens. Together with 'SHOTTY', the two other new jet pilots made there 1st solo flights on Hornet March 8th, 2018 too. 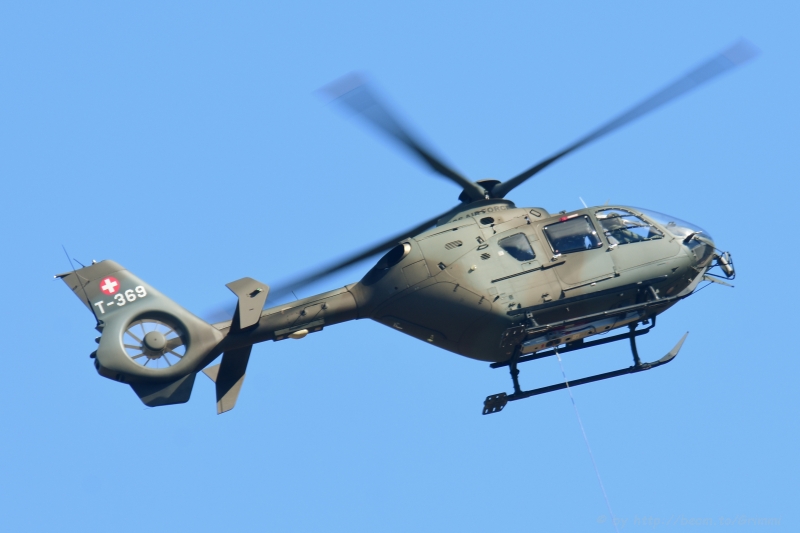 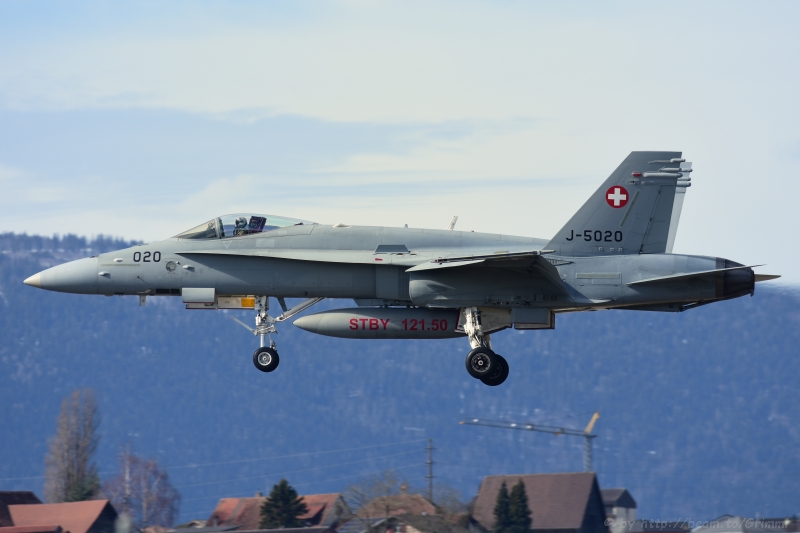 Rafale - one of the proposed new fighter jets for Switerland

The Federal Council is proposing an opportunity to vote on the procurement of a new fighter jet (NKF, Neues KampfFlugzeug) and a new ground-based air defense system. But NOT about the type of the aircraft.

Multiple political parties wants to give the people the right for voting about the type, so an referendum is highly expected.

Today an Hornet D was formally taken back on duty after the repairs on the Inboard TEF hinge. So three F/A-18C and one F/A-18D are still grounded.

Read more on this blog

Too much snow - Payerne temporarly closed

Snow can be an troublemaker - also in Switzerland ⛄⛄⛄

The weather forecast included snow, but not this much ! So, already in the morning a lot of trouble on the roads, with the railway and at Geneva Airport. The Snow cleaning crews in Payerne, the main base of the Swiss Air Force, began at 0330h LT in the night but with up to 25cm of snow and, once finished, began from zero again. Flight activity began around noon again.

I for myself also had to clean two times in a row, once finished I had to begin again like I hav'nt cleaned before around my house. Very fascinating, but a lot of muscle force needed ...