The return of the Fighters

After a month in central Switzerland, the active Hornet and Tigerfleet came back to Payerne this morning. Payerne was closed due runway maintenance, a fate now the runway in Emmen will have for one month.
Patrouille Suisse and the Pilot School on PC-21 are also operating out of Payerne, some Infos for the flightschedule in the coming days: 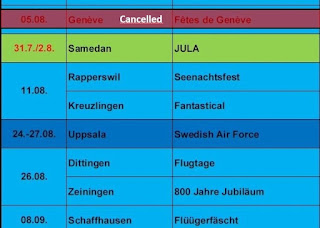 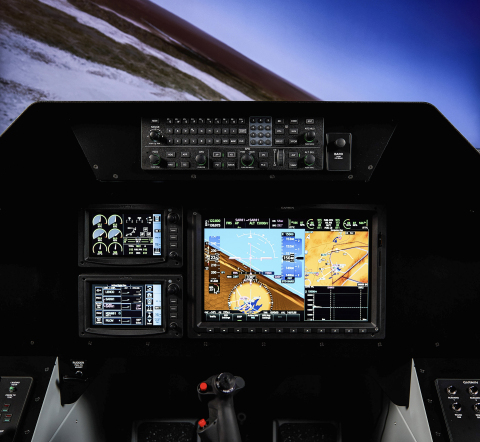 What a bummer .... Swiss Air Force always blocked modernisation of the cockpit of our 'obsolete' F-5 Tiger II combat aircrafts. They prefer to sell them cheap to the US Navy and Marines Corps and buy new fighters.
Now the US TacAir company includes a Garmin G3000 flight deck and boosts the capacity of 21 ex Jordan Air Foce Fighters into 21 century ....
TacAir has modernised there fleet of Tigers already with Duotech’s purpose-built Nemesis Aggressor Radar, Argus RWR gear, Mason HOTAS, Tailored Mission Computer, and Upgraded Wiring allowing Integration of Multiple Tactical Systems. They are used for Aggressor/Adversary Support, JTAC Training and Fighter-Lead-In Training.

VFR-Guide Switzerland shall not be used for operational briefings

Due multiple errors and/or possible misinterpretations, the official VFR-Guide for Switzerland shall not be used for operational briefings actually. Skyguide will inform soon.

Swiss QRA called Luftpolizeidienst24 (LPD24) is based in Emmen this month. The following picture shows the contrails of the 'EYEBALL' visiting the intercepted aircraft - in this case a Portuguese Air Force Falcon Businessjet - and the 'SHOOTER' a few miles behind for cover a few days ago: 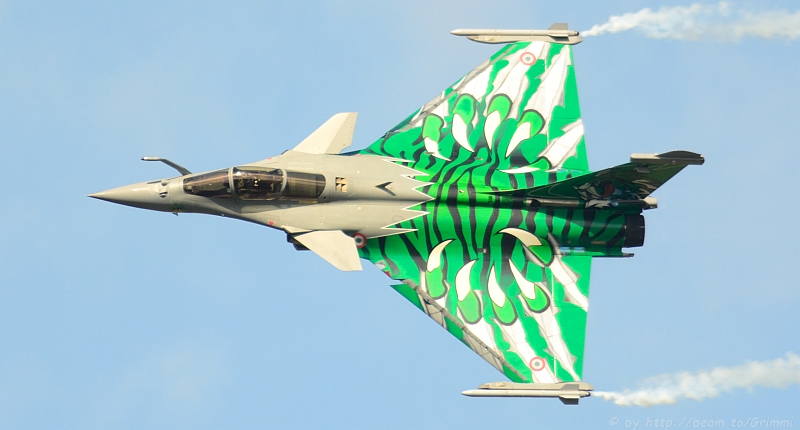 Bern, 06.07.2018 - The handover of the first offer request for new fighter aircraft to the government agencies of the producer countries has taken place. armasuisse expects the offers until the end of January 2019. Official link (german) 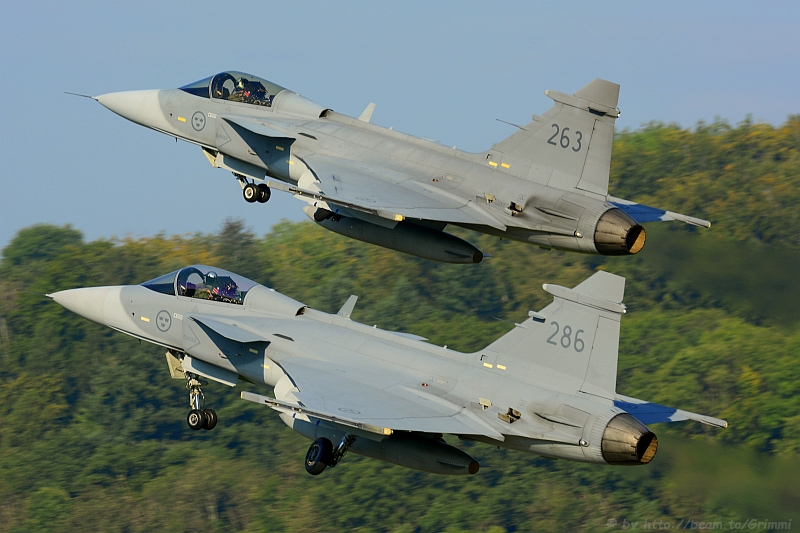 Saab Gripen and Eurofighter Typhoon are the other two european candidates. Offers for Boeing's Super Hornet and Lockheed's F-35 where also requested. All Types will be tested in Payerne Mai 'till July, 2019. 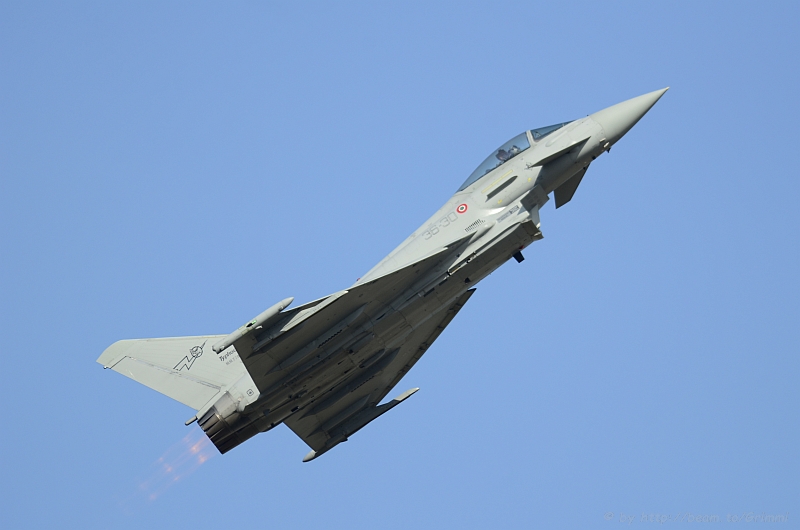 Beginning mid last year, I've scanned some old negatives and diapositives for the yearly aviation edition of swiss magazine Revue Militaire Suisse, a french speaking magazine about military tactics, history and future developments.
In the actual magazine you can find some of my pictures and text about the russian strategic bomber force (past and future), the last repetition courses of Turtmann Airfield with F-5E Tiger II 2002/2003 and an article about the German Naval Aviation and the actual status of the Tornado Fleet in our northern neighbour country.
Together with my fellow co-Authors Peter Lewis, Loïc Roulin, Lionel Charlet and Pascal Kümmerling you will find many more nice pictures and articles like Air-to-Air shots of our Air Force and the famous Papyrus Hunter too.
It's a must have for your personal aviation corner ;) 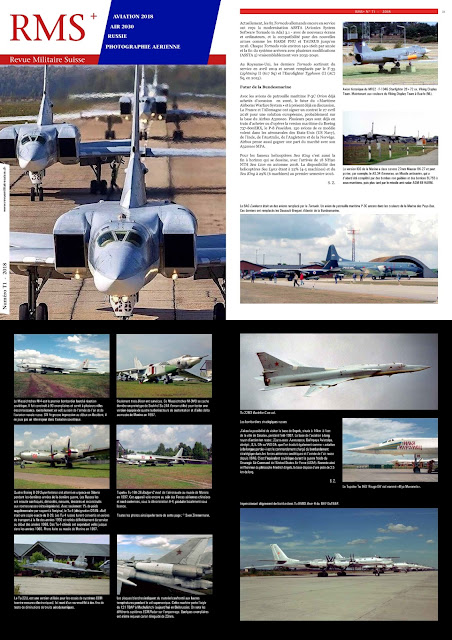 A month earlier then other years, the Swiss Air Force is flying out of Emmen for a month. Meiringen and Payerne are closed down for Runway repairs and/or touristic reasons.

Some shots from Payerne I've taken the last few weeks ... 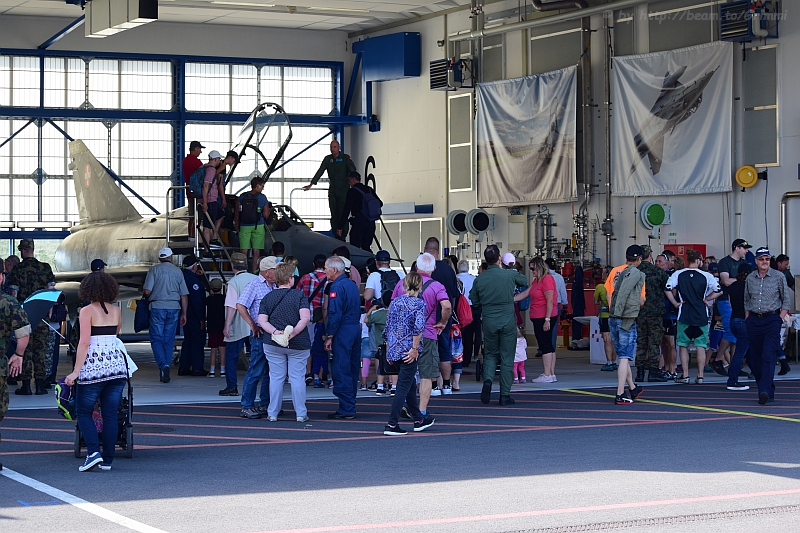 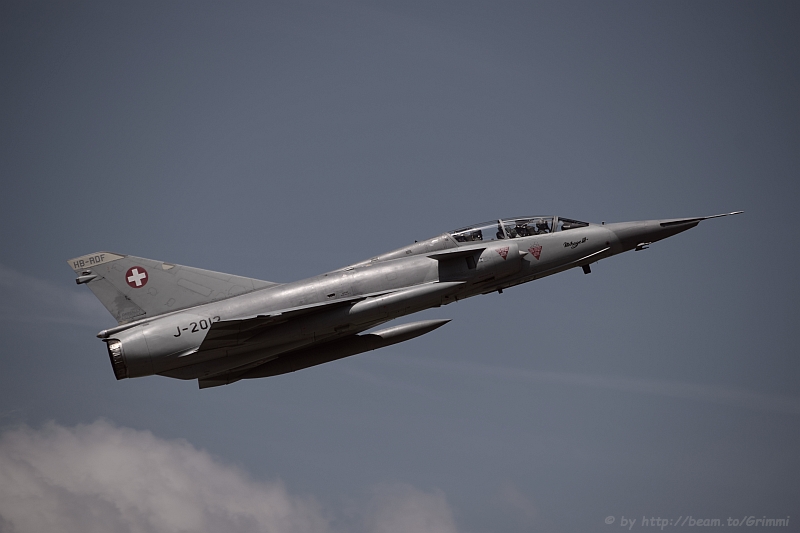 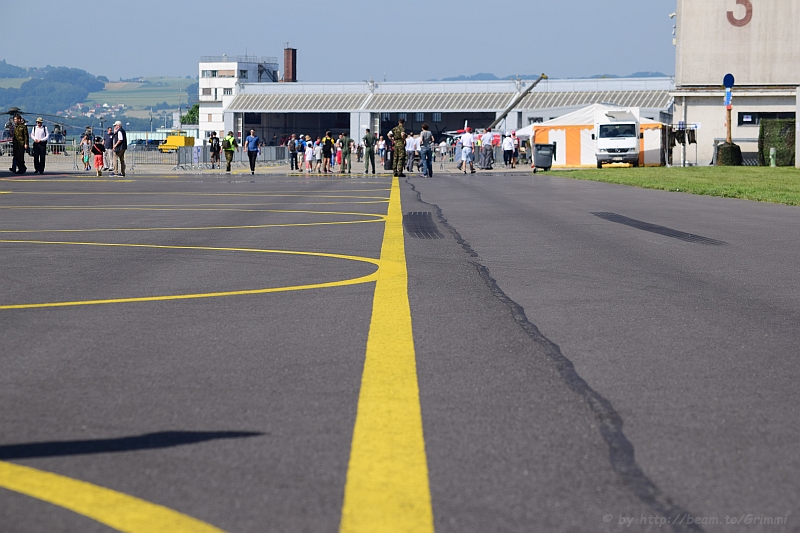 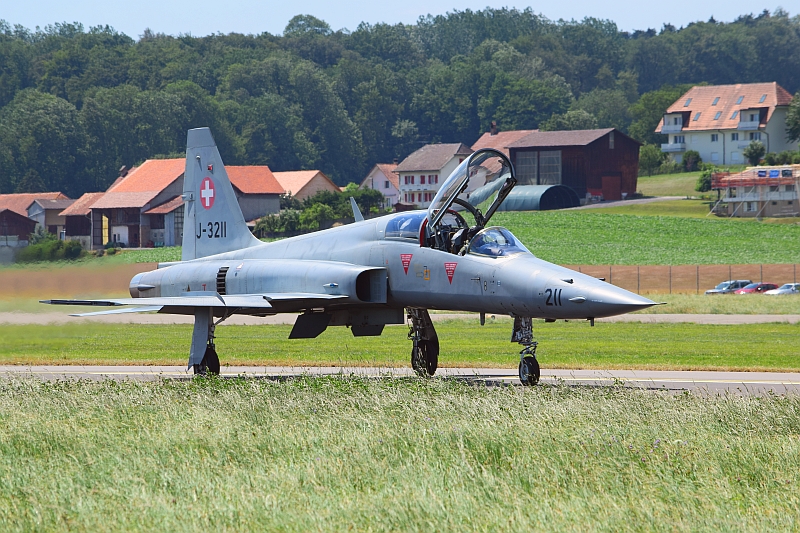 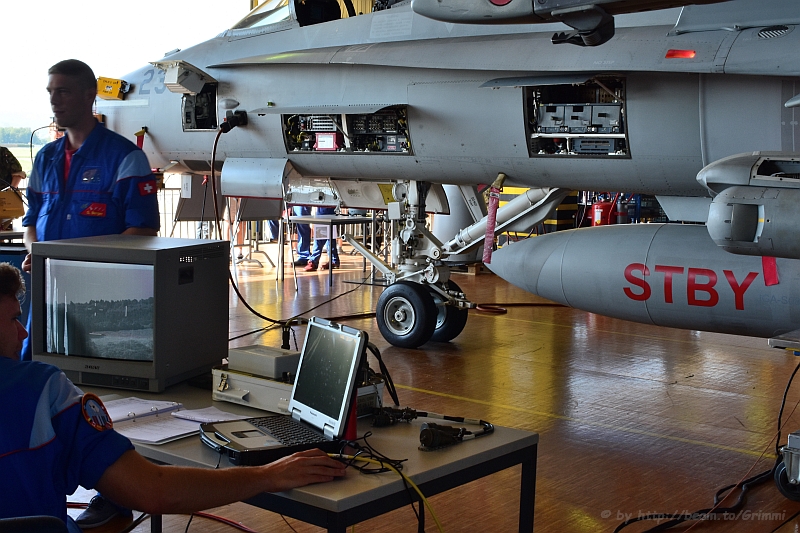 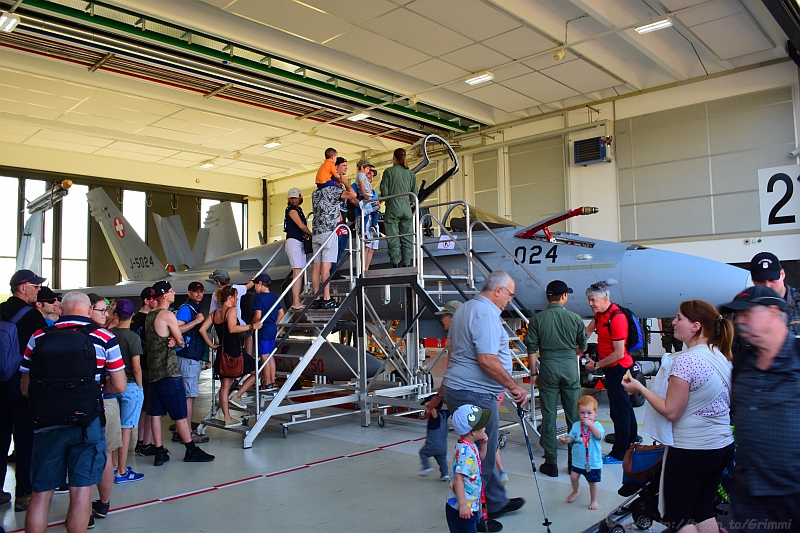 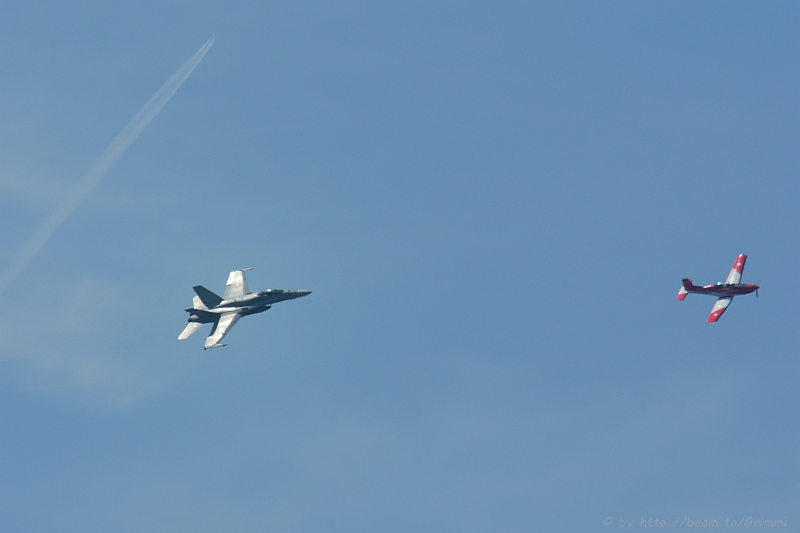 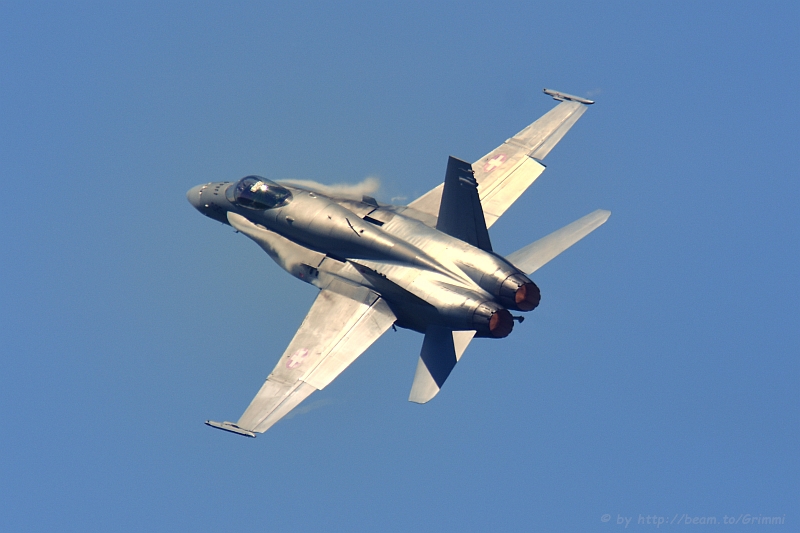 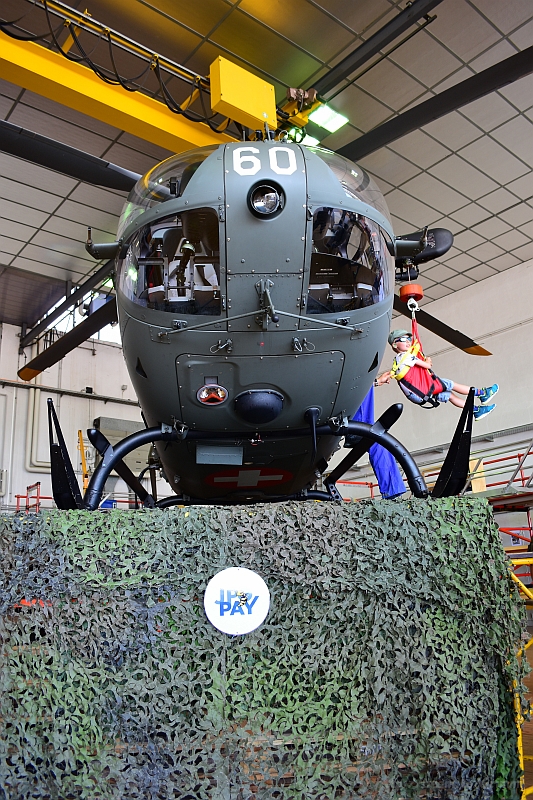 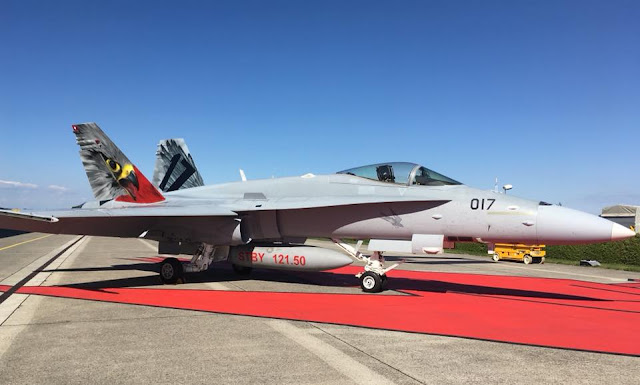