YES - bare majority of the swiss population for new fighters !

This time the government was on the lucky side - they evaded those stupid failures of some exponents like at the Gripen votation a few years ago.

But with about 50% of the population against this budget they have to put on guard how to proceed further.

Next step: 2nd offer of the bidders for new fighter aircraft and air defense systems in november 2020 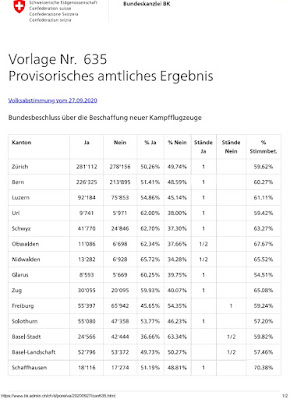 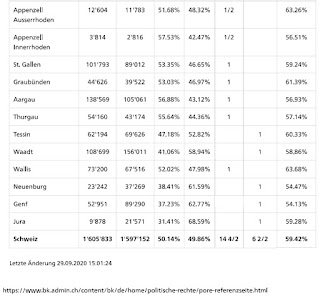 A never ending story nears it's end - Patrouille Suisse published another schedule. It's the final try for this year. All others where cancelled due the pandemic.
2020 brochure of the team can be found here (pdf) 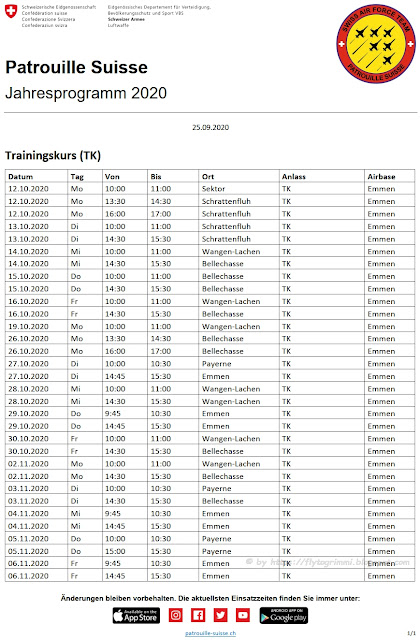 Due new production factory in the United States, the Antonov AN-124 takes delivery of the upper rocket part for the last time in Emmen. ARR September 29th, DEP one day later.

The big transporter was seen about 32 times in the last 20 years in Emmen - mostly for ARIANE and ATLAS parts, but like seen on this picture also for humanitarian/technical aid in 2004. ARIANA parts will still be produced in Emmen, but transport of the parts will be via road/ship to Amsterdam. Only if time is limited, those parts will be transported by airplane. 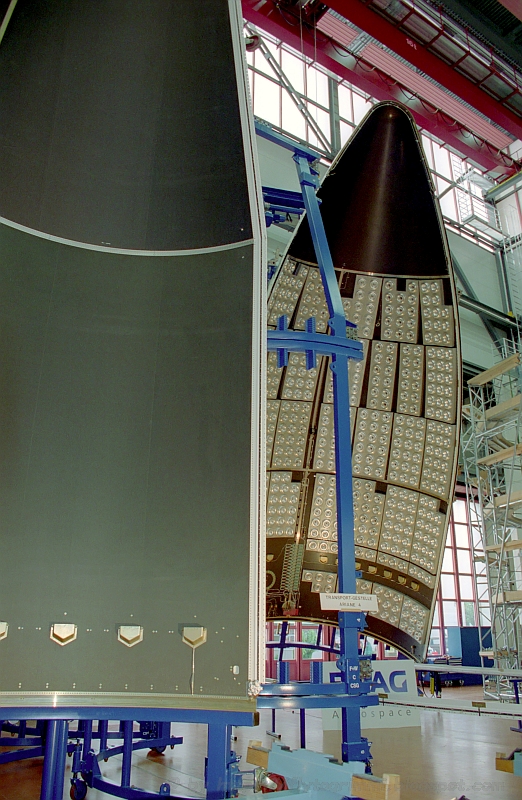 Sniper on board - interesting exercise above Payerne

This week our Air Force is making an interesting exercise with an temporary no-flight zone around Payerne. Super Puma/Cougar with Sniper on board is making an MilCAP in the area Fribourg / Düdingen. 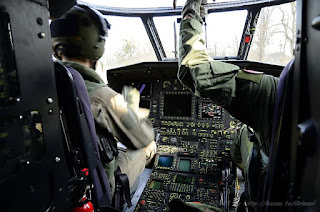 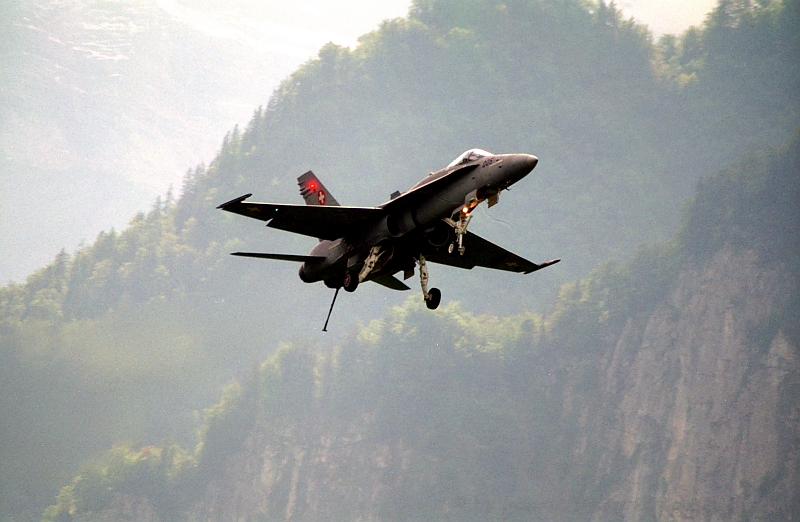 If weather permits, there will be a couple of Hornets taking posession of former Air Force Base in Mollis. Planned date is September 21st, but it can be a day or two later.

Exercise lasts only one day and not much activity planned except the landing and departure, 2-4 Hornets are planned.

Pictures taken due last repetition course in Mollis with F-5E/F Tiger II aircrafts, including a small airshow with an then brand new visiting Hornet (above) - 1998 ! 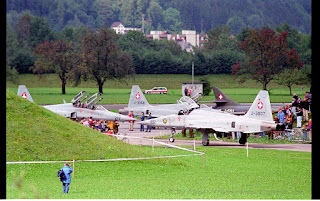 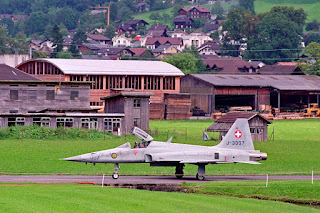 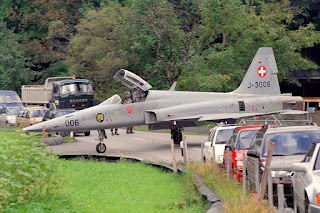